We devised this schedule to set ourselves apart from the competition. On a 7-day journey from Fes, you will almost certainly see all of Morocco’s must-see sights. As a result, our Morocco trip encompasses all of the imperial cities as well as all of the many sorts of Atlas Mountains. Through addition, you will go on a camel trek in Merzouga’s Sahara. After that, you’ll go to the Souss area to see “Little Marrakech” and Agadir. Essaouira is one of the most significant places to return to on this itinerary. If you choose to complete your journey in Casablanca, you may go to Marrakech and see the Hassan II Mosque.

Highlights of our 7 days tour from Fes to Marrakech:

Day 1: Join a guided tour of Fes to learn more about the city.

The first day of the 7 days desert trip from Fes to Marrakech showcases all of the city’s attractions. As a result, if you arrive on the same day, we will pick you up from the airport and take you to your hotel. After that, you’ll accompany our local guide for a tour of historical tourist landmarks. Your guide will first bring you to Al-Qarraouine University. In case you didn’t know, it’s the world’s oldest university, established in 859 by Fatima-El Fihri. Visits to architectural Islamic schools are also included. You could go to Bou Inania Madrasa and Al-Attarine Madrasa, for example. You also go to the Blue Gate/Bab Boujloud and the Chouara Tannery. Second, the tour will take you to Mellah, the Nejjarine Museum of Wood Art, and a pottery site. We take you to the Marinid Tombs and give you a panoramic perspective of the Medina after you’ve been through the major sites. Finally, you return to the same Riad for the second night.

After breakfast, the second day of your 7 days desert trip from Fes to Marrakech. The Erg Chebbi route to the Sahara gives magnificent sights to see. As a result, the first stop on this day is Ifrane. This town is unlike any other in the world. It is distinguished by similar housing styles and a Swiss-like ambiance. After that, we go to Azrou village’s Cedar Forest. It’s a jungle full with apes and other endangered species. These gentle apes allow you to enjoy their freedom here. Second, you’ll go to Midelt, where we’ll enjoy a traditional lunch. We travel from this town to another significant spot for a spectacular panoramic vista. Ziz Valley is home to a variety of date fruits as well as adobe buildings.

Finally, we make our way to Merzouga via Erfoud. You go on a camel trekking expedition with your camel guide. On your trip to the tent, you ride camels and witness the sunset. After supper, you may join the local staff for music around the campfire.

Watching the dawn from the top of the dune is a must-do activity. You get up early to see the dawn, take a nice shower, and have breakfast. Then you ride your camels back to Merzouga to continue your 7 days desert trip from Fes to Marrakech. The first stop is a typical market in Rissani, which smells of various spices. On the route to Touroug village and Tinghir town, the trip also includes a stop at a historic irrigation system. Another opportunity to experience a canyon that runs between towering rocks at 300 meters may be found in this town. In Morocco, it is also a popular rock climbing site. Second, we go to the Dades Valley and the Rock Formation. Following that, the trip stops at Rose Valley to learn about rose products and the Rose Festival.

Finally, we make our way to Ouarzazate’s Sahara Gate. It also bears the name of Morocco’s capital cinema. You’ll pay a visit to Atlas Studios to learn about all of the film’s materials. We check into a Raid and stay in this town for the night.

The ideal filming settings are Ouarzazate and Ait Ben Haddou Kasbah. That is to say, many well-known films were shot in these locations. Gladiator from 2000, the Kingdom of Heaven from 2005, and more films are examples. So, after breakfast in Riad, we go to Ait Ben Haddou and spend ample time in this UNESCO Kasbah. Our excursion then continues to Tiliouine, the Saffron town. We visit the Saffron Cooperative and enjoy the saffron field. In addition, we go to Taroudant. Locals refer to it as “Little Marrakech” because of its similar architecture and history. Finally, we end the day in Agadir, where we will spend the night.

Agadir, Essaouira, and Marrakech on Day 5

After breakfast, we pick you up and depart Agadir. However, we come to a halt at a popular tourist destination. Then we continue on our way to Essaouira, stopping for any panoramic views. On the tops of the Argan trees, for example, you can observe “the flaying Goats.” They climb these trees to consume the fresh nuts that fall to the ground. Regardless, we go to an Argan oil cooperative to learn more about Argan cosmetics. Once we get in Essaouira, you will go through Medina’s arts and ramparts. The settlement is named Mogador, and it is located in Windy City. Its origins may be traced back to the Portuguese era. After you’ve explored Essaouira, we’ll meet in Marrakech for our trip. A night is spent at a local hotel.

On your 7 days desert trip from Fes to Marrakech, we will take you on a guided tour of the city. To be clear, you’ll have a whole day in this imperial city to see all of the sights. As a result, the guided tour emphasizes a stunning Majorelle garden. This garden was created by the French artist Jacque Majorelle. He worked on it for 40 years. Later, at Jamaa El-Fna, you visit the Saadian Tombs and the Koutoubia Mosque. Other architectural gardens to explore are Bahia Palace and Menara Garden. After there, you go to Mella and the ancient Medina. After you’ve seen everything, you’ll have some free time to walk about the Square. Another night will be spent in the same place.

Day 7: Departure from the hotel for the airport

The 7 days desert trip from Fes to Marrakech comes to an end at the airport on the last day. After breakfast, we will pick you up and send you off to the Casablanca or Marrakech airports. If you are in Casablanca, we will take you to the Hassan II Mosque before dropping you off at the airport. It’s a significant attraction that we’ll see depending on your leaving time.

Traveling and learning about Morocco's rich culture and sights was a fantastic and unique 7 -day experience for me. Omar took us on a tour of the route from Marrakech to the desert, where we saw the Atlas Mountains, kasbahs, and the Merzouga Dunes, which are stunning, and I had the pleasure of sharing a meal with nomadic families. It was a fascinating experience to see the desert life in such a pure and authentic way. It was fantastic. It was fantastic.

An unforgettable 3 days experience in Morocco, Omar made us a circuit route from Marrakech to the desert in 5 days tours, visiting the atlas the kasbahs, the pizzas with nomadic family super interesting to see the life of the desert.
Thank you.

Traveling and learning about Morocco's rich culture and sights was a fantastic and unique three-day experience for me. Omar took us on a tour of the route from Marrakech to the desert, where we saw the Atlas Mountains, kasbahs, and the Merzouga Dunes, which are stunning, and I had the pleasure of sharing a meal with nomadic families. It was a fascinating experience to see the desert life in such a pure and authentic way. It was fantastic. It was fantastic.

An unforgettable experience. We contacted Moha and he made the trip a unique experience. We started the tour from Tangier to Marrakech through the desert dunes, with a great guide Said, we traveled to the desert and we hallucinated, especially for sleeping in the middle of the desert under the stars, we enjoyed a lot the landscape of Morocco from north to south.

Thank you Moha & Said, you are a great family who have taught us another culture and habits, and a different way of seeing life.

Book your 7 days tour from Fes to Marrakech!

To book our 7 days tour from Fes to Marrakech, please include the tour name in the subject area. Also, if the schedule we recommended does not meet all of your requirements, please let us know and we will respond within 24 hours. 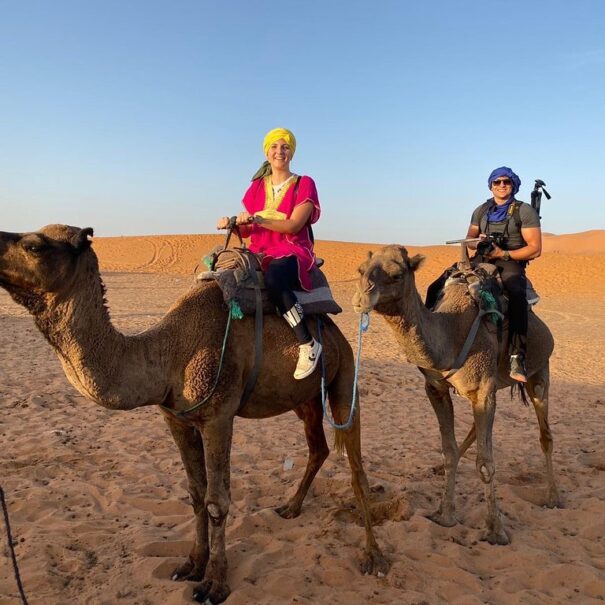 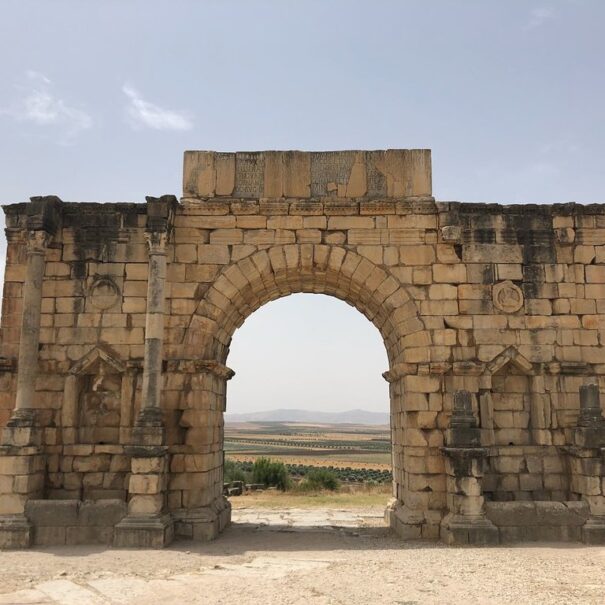 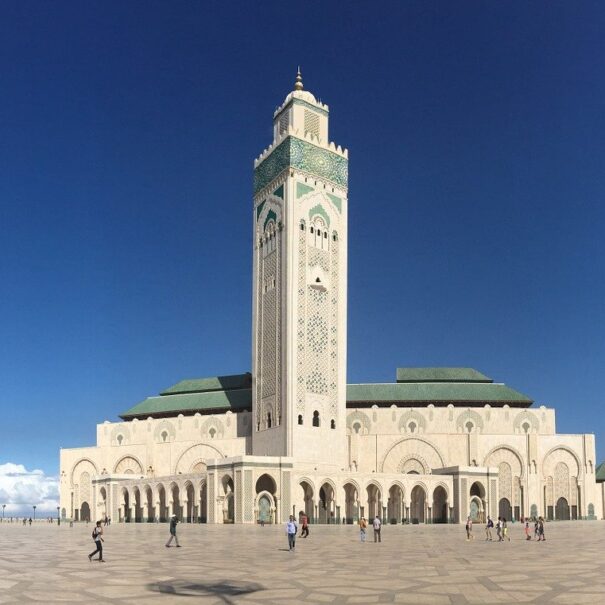 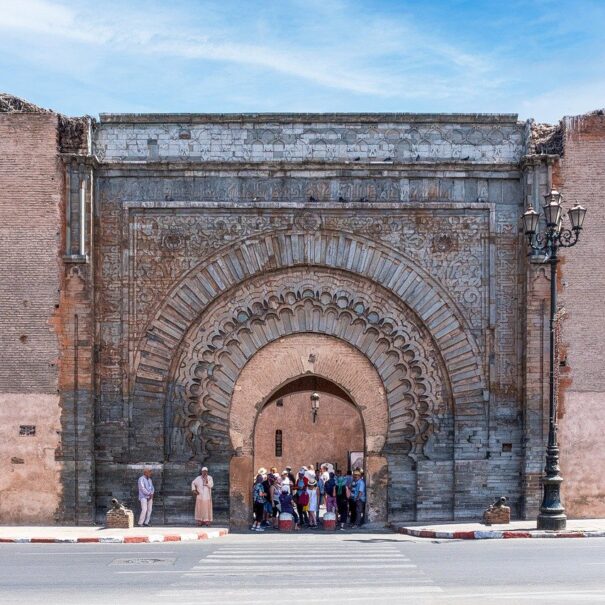 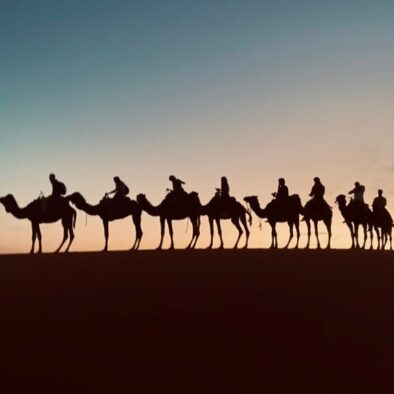 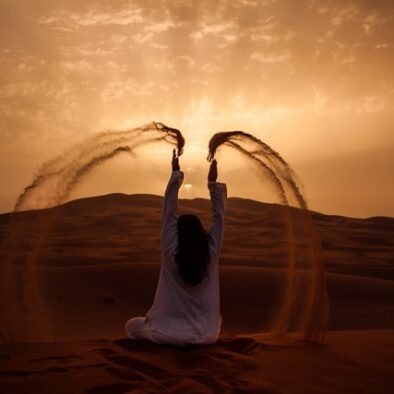 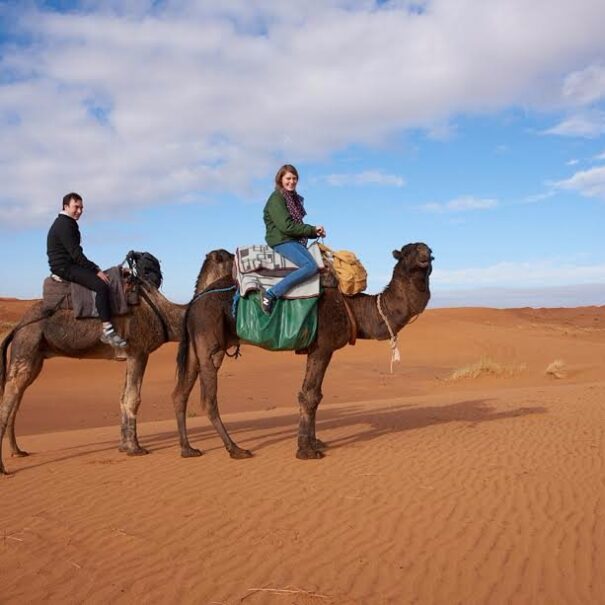 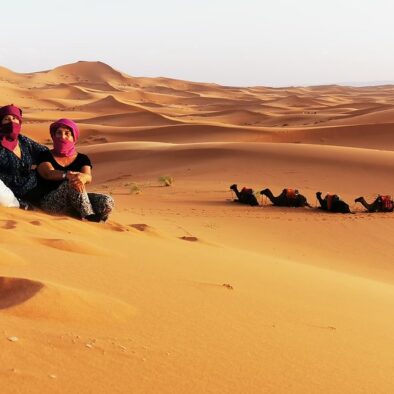 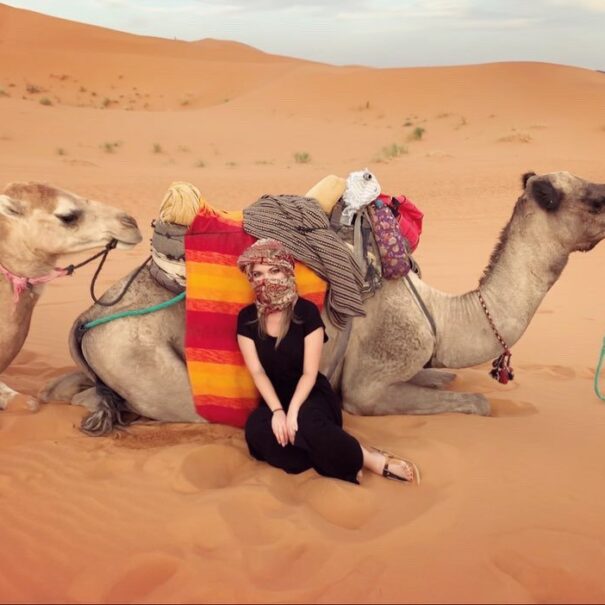 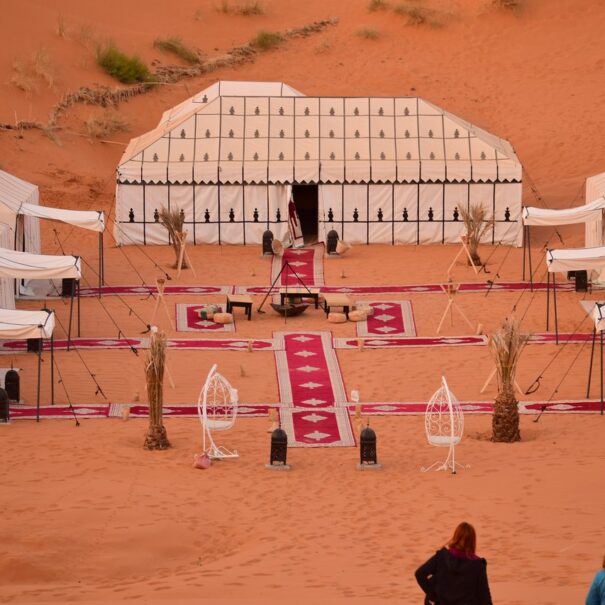 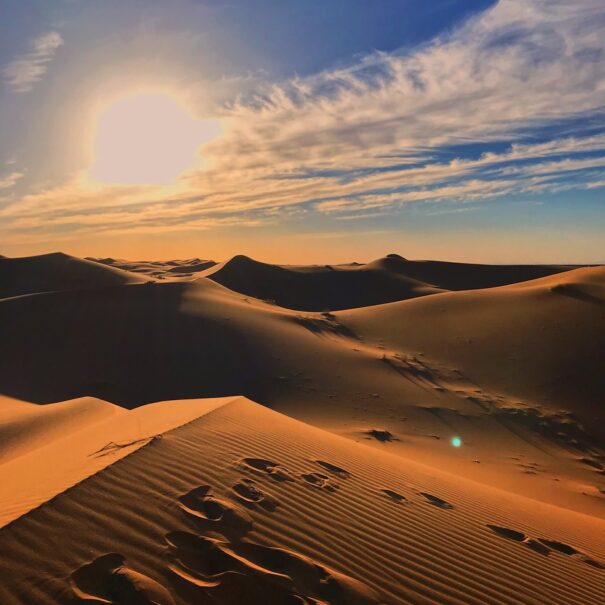 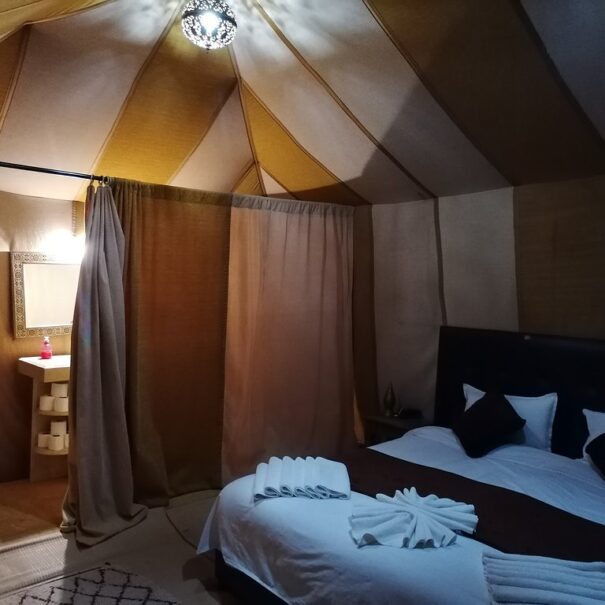 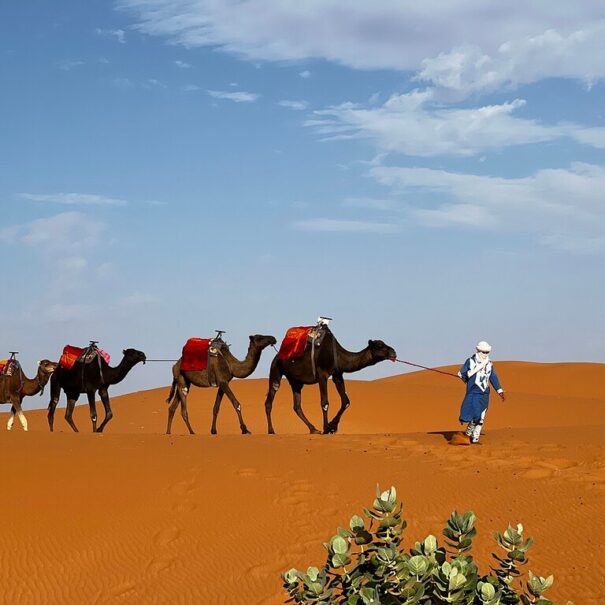 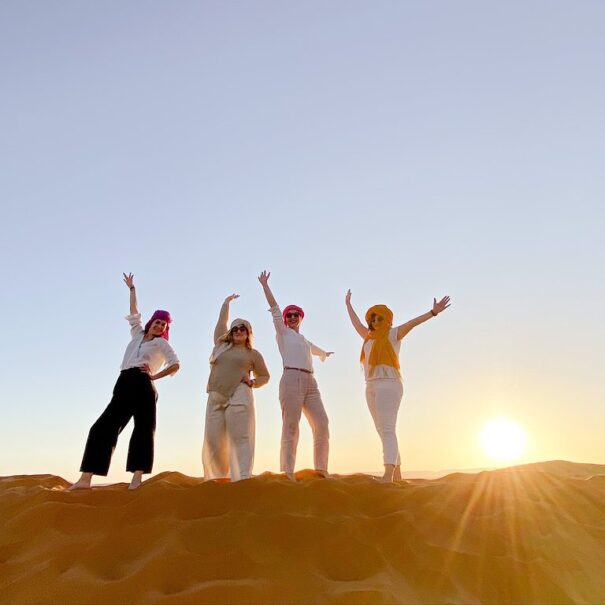 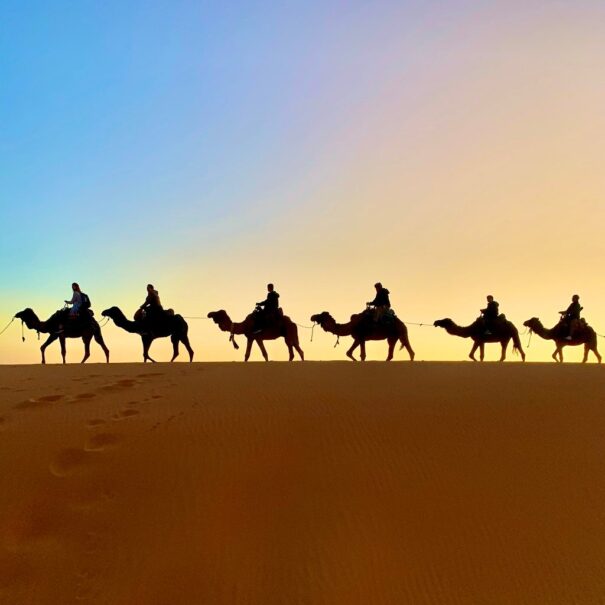 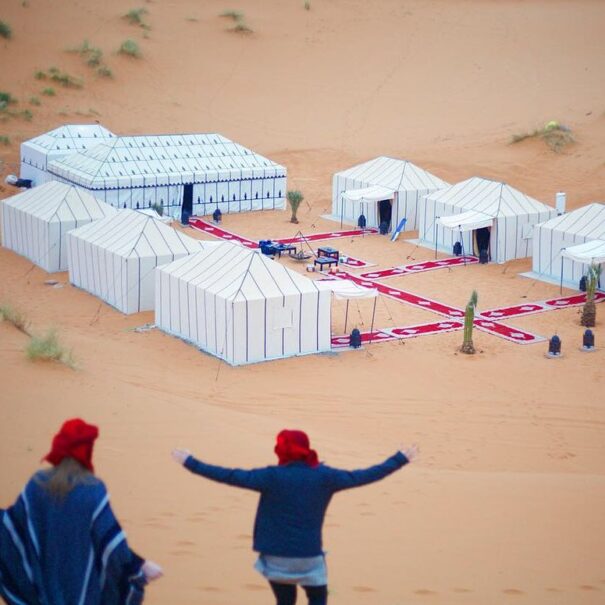 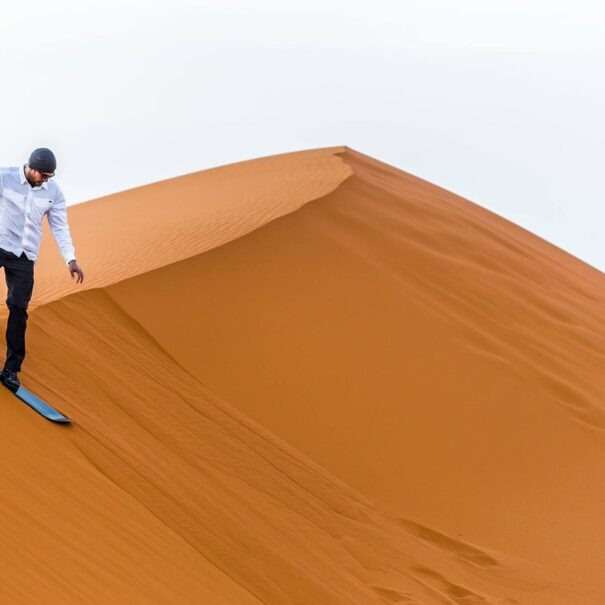 Fez, Morocco, is known for its old walled city, which has been compared to Jerusalem by many. It dates back to the 8th century and is the earliest of Morocco’s imperial cities. It is also a forerunner in Muslim worship in the nation and home to one of the world’s oldest colleges. Fes, as it is often called, is a particularly beautiful city with a vibrant and important culture as a result of all of these firsts. It is famous for being Morocco’s cultural and spiritual capital, as well as a hub of art and science.

Fes is one of the country’s most unique and appealing places, albeit eclipsed by Casablanca, Marrakech, and Rabat, the country’s major towns. Fes has managed to adapt to contemporary life while maintaining its traditions and one of Morocco’s most genuine lifestyles, which can be felt in each of its streets.

We may meander through its winding lanes and get lost in the wonderful architectural marvels that are seamlessly incorporated into the city’s everyday life. Its adobe and brick walls, courtyards of various heights, tile-covered pillars, and other features distinguish it.

Despite the fact that the medina is Fez’s “human marvel,” it is not the only one. The city’s blue, a cobalt hue that stands as a symbol of the pottery of this Moroccan city, where some of the country’s most magnificent pieces of pottery are created or have been produced, is a peculiar draw. Its enigmatic aura is enhanced by its convoluted alleyways and magnificence.

Fez, Morocco, is the result of the merger of three cities on the banks of the Fez and Zitu rivers.